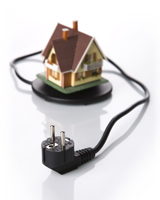 The consumption of energy is greatest in industrialized nations and emerging economies. Nevertheless, the gender aspects of energy consumption were initially analyzed from the perspective of the South, with an emphasis on the differences between women’s and men’s energy use, the ways in which they were affected and the benefits they derived from how energy systems were organized. Planning was central, ensuring that both women and men were involved in the processes. The same approach was later used to also look at energy use in the North (2).

The gendered aspects of household energy use

Household energy use can be studied by analyzing direct energy use, i.e. the electricity and fuel that are consumed, as well as by looking at indirect energy use, meaning the energy required for producing, transporting, selling and recycling the goods that are used (3).

There is little specific research on household consumption from a gender perspective. Studies of men’s and women’s overall consumption do, however, reveal differences, for example in the case of food and transport. On average, men eat greater quantities of meat than women, and they also travel more than women. Research has shown that when converting consumption into energy use, higher consumption translates to higher energy use.

One study that looked at this issue and included both direct and indirect energy use among single women and single men in Greece, Norway, Sweden and Germany, showed that total energy use was higher among men than women in each country. In Sweden, the difference was 22 percent and in Norway 6 percent (4). The explanation for the difference being so small in Norway has been that consumption is connected to income, and Norwegians in general have more money (5). The results showed that there are four major energy categories of energy use that apply to both women and men: housing, transport, recreation and food. The greatest difference in energy use between women and men was found in transport, which in Sweden accounted for nearly 40 percent of men’s total energy use, while the same figure for women was approximately 25 percent (6). Read more about the study here.

Direct energy use is central when looking at households, including the energy needed for food preparation, heating, lighting and numerous household appliances. Many appliances, such as refrigerators, freezers and dryers are associated with tasks often carried out by women. In spite of improvements in energy efficiency, such appliances still account for a substantial portion of a household’s electricity consumption – in 2005, in the EU-15 countries, larger appliances used up about half of household electricity, while smaller appliances like televisions and computers consumed 35 percent and lighting 20 percent of total household electricity (7).

Up to now, there have been no studies to systematically analyze household consumption from a gender perspective (8). Studies from different European countries do reveal differences in how women and men use energy. But it is difficult to draw general conclusions about women’s role in energy consumption, because the differences are not only connected to gender, but also to age, marital status, and employment (9). It has been shown that:

Household energy use goes to the root of every task that is performed at home. The patterns behind women’s and men’s direct household energy use are complex, but the fact that women often have primary responsibility for the household and according to studies make in excess of 80 percent of all household purchasing decisions (10) means that women are frequently in a key position when it comes to energy efficiency in things like food preparation and laundry (11).

Research also shows differences in how women and men respond to energy conservation campaigns. Men primarily take charge of technical improvements, like insulation, while women are more willing to make changes in their everyday behaviour, for example in how they do laundry or perform other household tasks traditionally handled by women (12).

Studies have also found women to be more receptive to energy conservation and to prefer renewable energy sources to a greater extent than men. But more recent studies suggest that men are more knowledgeable about technologies for renewable energy and harbour more positive attitudes toward them, compared to women. Women seem to view fossil-energy sources more positively, but are more likely to be opposed to nuclear energy than men (13).

How to use information about gender and energy?

Information about the gender aspect of energy use can be used for example in shaping civic information. When campaigns for energy efficiency and reductions are being designed, information about fuel-efficient driving could be directed primarily at men, since men on average purchase more fuel (14). Another suggestion is to look for an easier way to assess the energy-impact of goods and services. Many studies indicate that women are more willing to make changes in how and what they consume, so this kind of information could enable women to live more energy efficiently (15).

The fact that women are often more willing to make changes in their own behaviour in order to reduce their climate impact, while men are often attracted to more technical solutions, is nevertheless ignored in many of the strategies for sustainable energy consumption. This can lead to a “feminization of the responsibility to save energy” (16). In order to avoid this, more in-depth investigations into the complex relationship between energy and gender are needed.

As seen from the above, energy use is closely connected to questions of transport, food and consumption.